Sam was Born September 28, 1874 in Peabody, Massachusetts, Samuel was the third of four children to Hersey D. Larrabee, Jr. and Harriet E. (Tucker) Larrabee. Sam was a farmer and married Mary Alice in the late 1800’s. He worked on a local farm and sold vegetables off a horse drawn cart, until in 1902, Sam & Mary Alice sold everything to pursue his dream of living in California. They arrived in Corning, California on Memorial Day, 1903, having traveled by train with their four children, Irvin, Hazel, Muriel, and Warren, seeking a new life. Sam started a well drilling business and began working towards owning his own farm. After having three more children, Earl, Henry, and Ellen, they bought their first ranch in Clarks Valley west of Willows in 1918. They raised turkeys, sheep and barley. In 1925, he moved his family to the north end of the ranch to a house in Fruto and cattle were added to the operation. In 1931, Sam moved his family to a farm (formerly known as the Connolly Ranch) east of Willows where he first began to grow rice. In 1934, Sam and Mary Alice moved to Willows because there was a water shortage on the Fruto ranch. Mary Alice died in 1938 at the age of 62. The ranch was sold shortly thereafter. Sam had planned on retiring, but after experimenting with home gardening, he bought some rice land south of Willows and went back to growing rice with the help of his four boys. Sam passed away on December 7, 1952 at the age of 77. 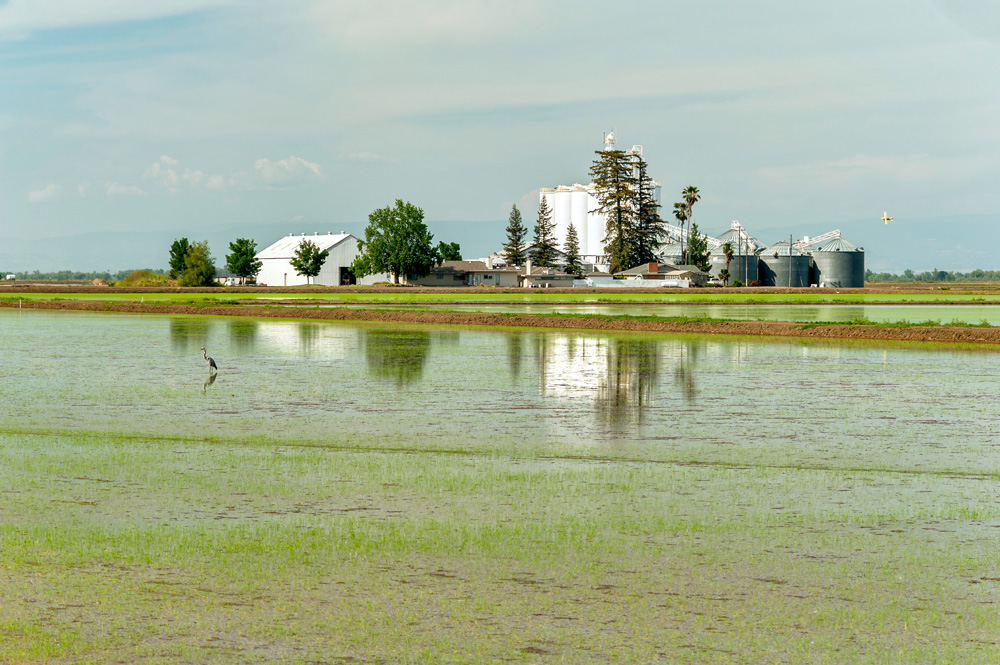 Earl was born on November 3, 1910, in a rural farm house near Corning, California, in southern Tehama County. Earl was the fifth child of Samuel and Mary Alice Larrabee. Earl spent his younger years growing up in Tehama and Glenn Counties, enjoying the life of a child of a father who pursued the worthy enterprise of agriculture. Hunting was a family preoccupation and Earl enjoyed his surroundings. With his surroundings abundant in wildlife, he learned to shoot and shoot well. This was the beginning of the great depression and if you didn’t shoot straight, your family may not eat. He worked for his father, Samuel, herding sheep, milking cows, raising turkeys, plowing fields. Earl married Mildred R. Barton in 1934. Earl & Mildred had their only child on July 25th, 1937 named Earl Franklin Larrabee. In 1943, Earl purchased the first portion of what we call our Main Ranch in the Butte City area. Earl developed the property to rice farming and was known as a very proficient and forward thinking individual. He not only successfully grew rice but was also instrumental in developing the beginnings of a rice seed, drying and storage integration in the operation. Earl passed away April 22nd, 1972. 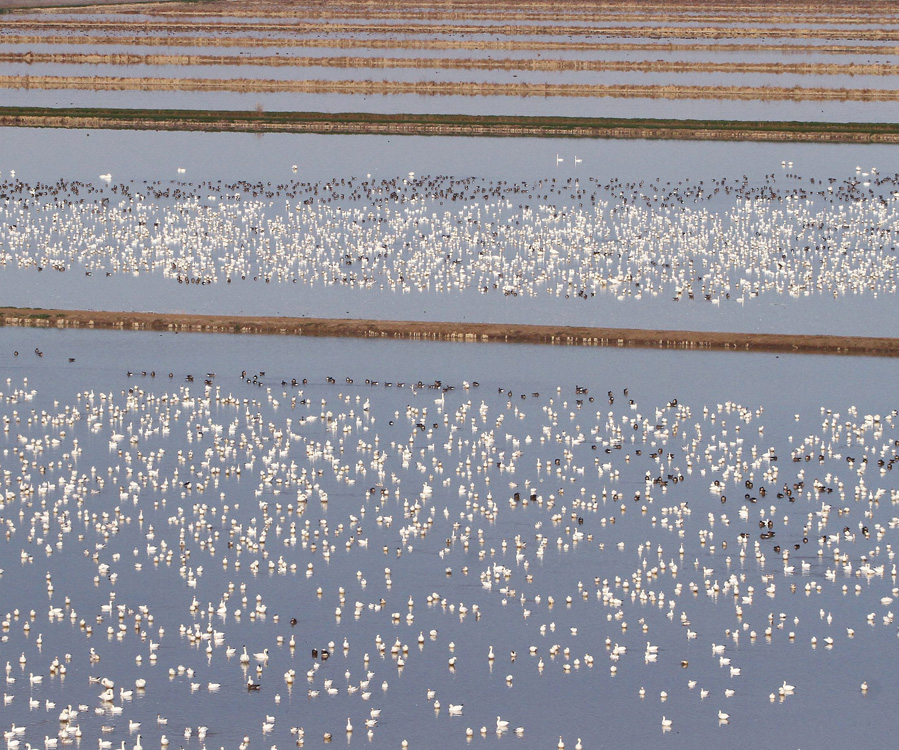 Frank as he was known, was born July 25th, 1937. Frank lived his entire life in the Chico area where he attended school, was active in Lambda Pi Fraternity, and graduated from CSU, Chico. There he met and married a sheep farmers daughter Mary Lou Rominger from the Woodland area. Together they worked hard and raised five children, Eric, Keri Lee, Keith, Scott and Jason. Frank was the "Supreme Commander" of the farm for over 45 years in the Butte City area and was known for his forward thinking, work ethic and ability to take risk. Frank was active in many community organizations, including the Rotary Club and Elks. Frank was instrumental in collaborating with Rice Industry farmers and millers to eventually create the California Rice Committee. That small committee dealt directly with regulators to develop a state program around rice straw burning, water drainage and chemical use within the rice farming areas. Today that small ad hoc working group eventually led to the California Rice Industry Association and from there it has become today’s California Rice Commission. Frank made a significant contribution when he along with a few other water district landowners negotiated the purchase of Western Canal Water District by the landowner patrons from Pacific Gas & Electric in 1984. Frank served on the Western Canal board of directors until his passing in 2004. 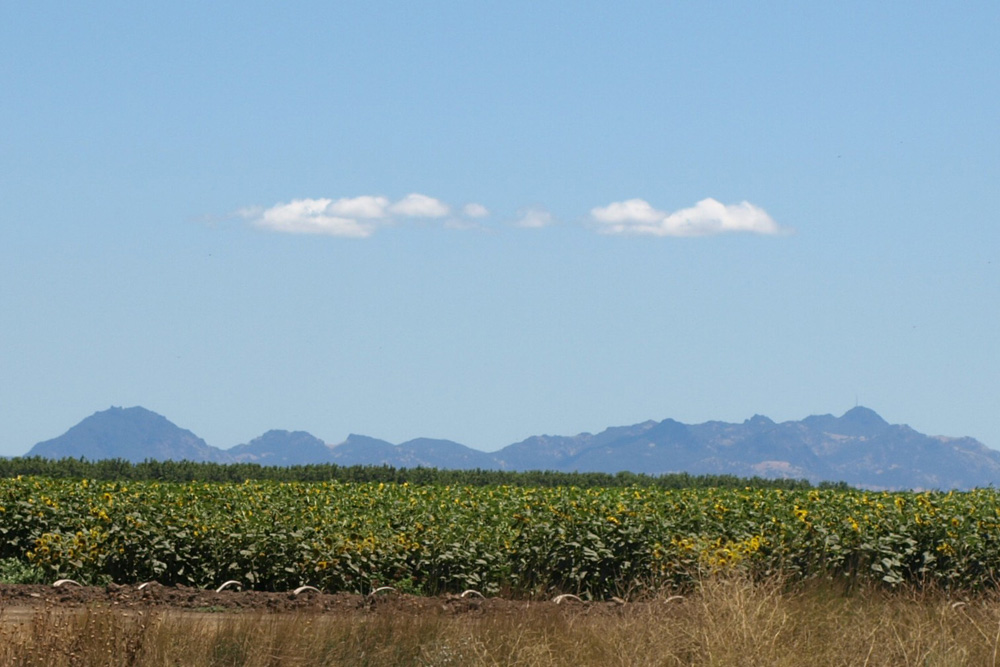 Today three of Frank and Mary Lou’s children continue farming traditions of our past and follow the guiding principle of quality in every operation. We continue to grow the business with a diversity of crops and vertical integration within in the crop. Eric graduated from Chico State University with a Bachelor of Science degree in Accounting. He has served on many boards and community service roles within our community. Being involved with California Water Eric continues to serve on the boards of Western Canal Water District and the Association of California Water Agency’s (ACWA), the Rice Research Board, and the RICECAP program. Eric is past chairman of Enloe Medical Center. Eric married Treasa Marie McDonald in 1993 and has 2 daughters, Jillian and Abigail. Keith graduated from Cal Poly San Luis Obispo with a degree in Ag Business Management. Keith was the first of the three brothers to return to farming and made the initial decision to begin developing orchards. He spent many years managing the row crop division and continues to manage the orchards. Keith has served on many Industry boards such as the California Rice Committee, California Rice Industry Association, California Prune Board, Prune Bargaining Association, California Pecan Growers Association, Durham Pump, and Omega Walnut and has spent time within community service organizations. Keith married Kimberly Rae Johnson and has two children Olivia and Ryan. Scott graduated from Cal Poly San Luis Obispo with a degree in Ag Business Management. Scott has led the way in Rice production and has served on the California Rice Commission, Associated Rice Marketing Co-Op, Durham Pump and other associations. Scott was instrumental in developing the first cash marketing website in California. Scott has been instrumental in leading vertical integration to the rice operation. Scott married Jane Rudnick and has 2 daughters, Lily and Lauren. 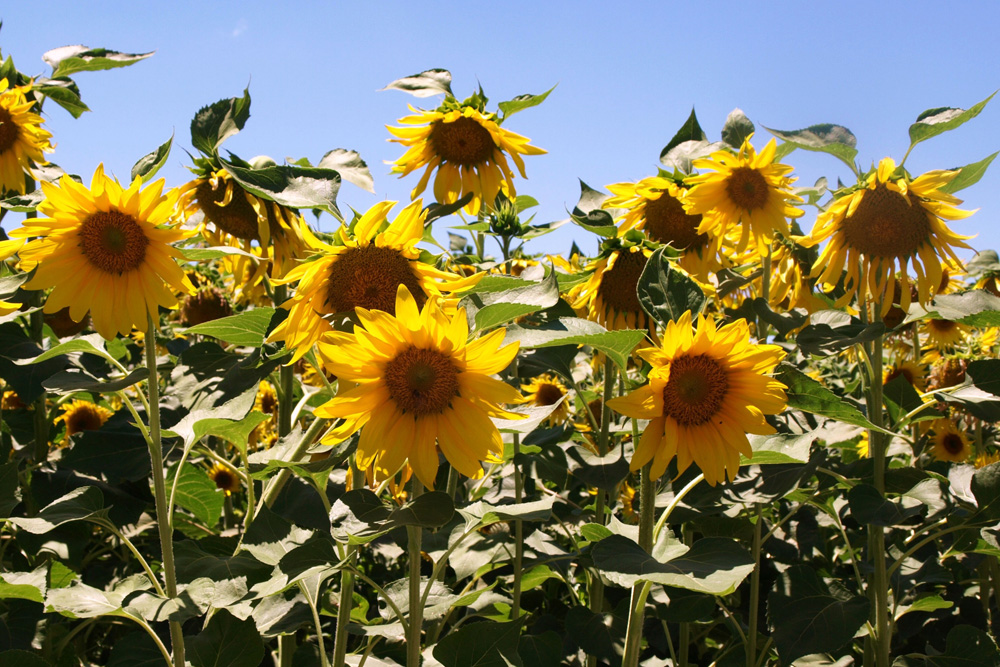